Maps of famous empires of the past Five Thousand Years.

Here are thirty small maps showing individual empires. These pages may be printed and cut apart to use as flashcards, to help you learn to identify them by shape and to place them in their order of appearance. The dates on the maps are not necessarily the year the empire started, but rather the year that it was the size shown on the map.

Here are three maps of the Roman Empire. the first one shows it at its greatest extent. Note that it extends to the right to include Mesopotamia (you can pick out the two rivers, the Tigris and Euphrates). Rome held this area only for three years, from 117 to 120. The second map shows the Eastern Roman Empire after the western part had been ended by the invading Germanic tribes The eastern part continues for an additional thousand years, during which we commonly call it the Byzantine Empire. The third map shows how Emperor Justinian of the Byzantine Empire succeeded in retaking much of the lost European land. However, this expansion was short-lived. In the next century, the Arab Muslims took away the eastern and north African sections, and a Germanic tribe called the Lombards took over most of Italy, so that the Byzantine Empire was limited to Greece and today’s Turkey (which was called Anatolia by the ancient Greeks). In 1071 the Seljuk Turks took control of eastern Anatolia, so Byzantium was limited to its western shore. 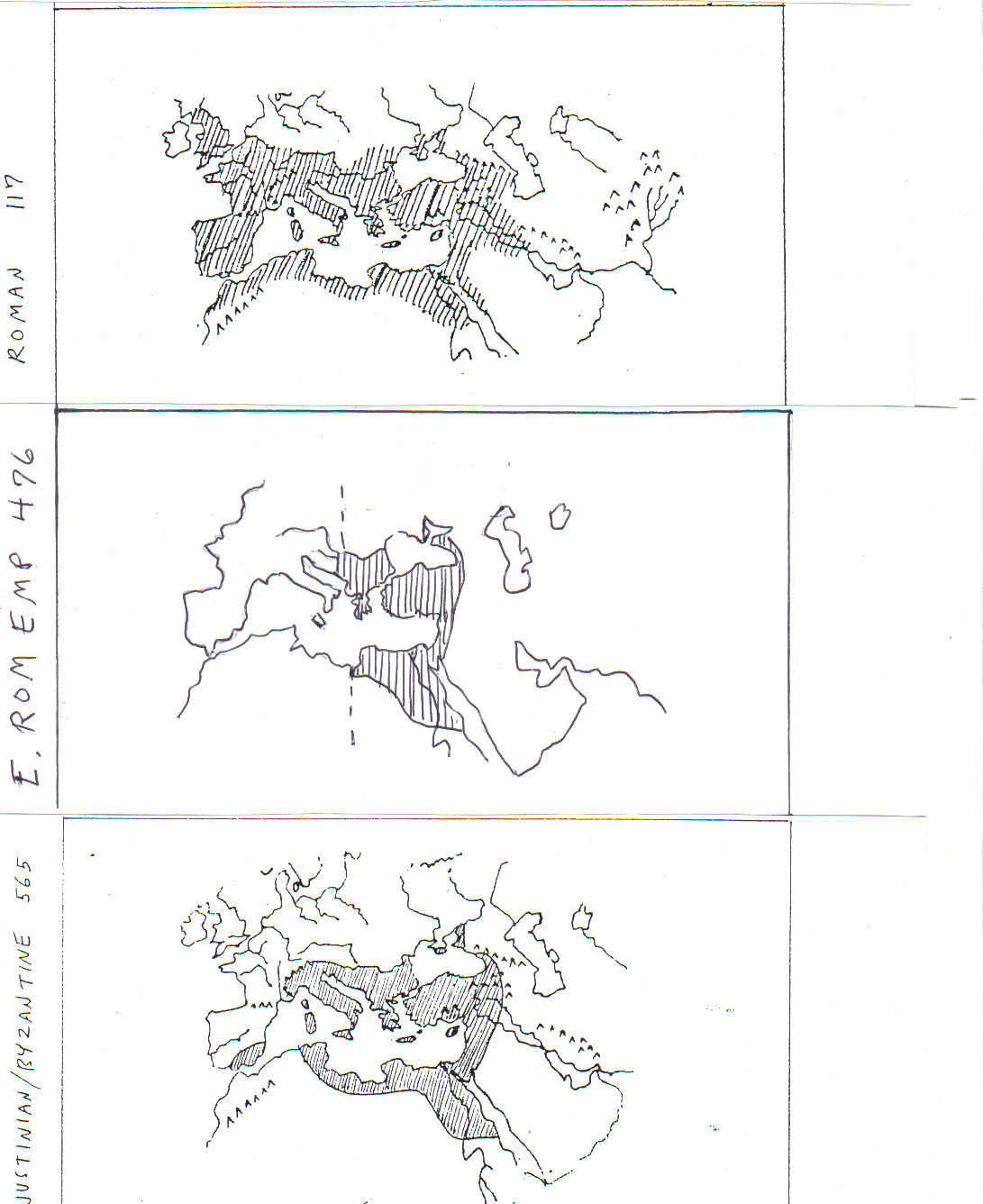 Return to diagram of world empires on one page