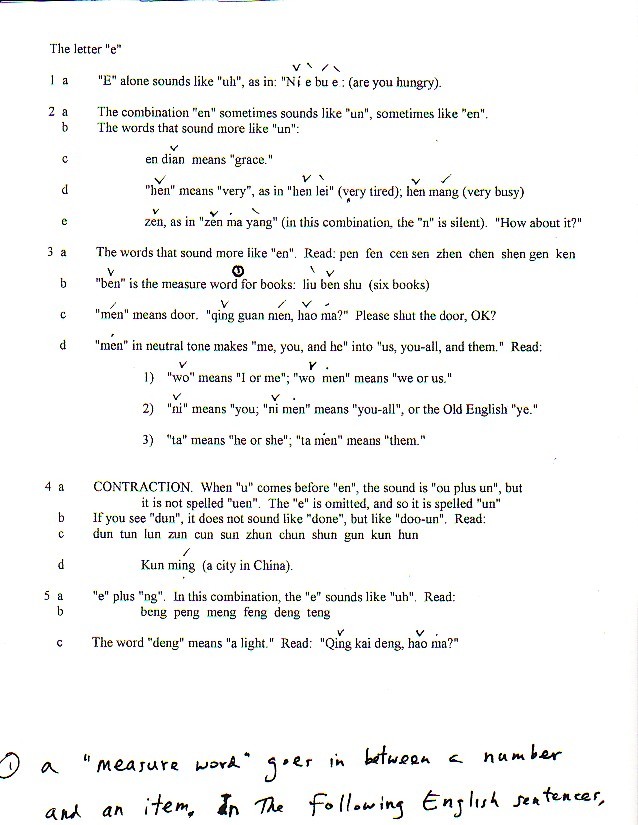 …  the underlined word is a “measure word:”     Two flocks of geese.  Three loaves of bread.

When translating from Chinese to English, we do not usually translate the measure word if we do not commonly use one in that situation in English.  For example:

About turning on lights: In example 5c above, “Qing kai deng, hao ma?” is literally “please open light, good (question)?” which we would translate as “please turn on the light, OK?”