The Greek letters may seem like a difficult roadblock, but you can master them quickly by starting with the letters that remind you of English letters, and then gradually adding more letters.

In the chart below, there are English words spelled out in Greek letters, but as you will see these Greek letters look a lot like English letters, and are pronounced the same . Start at the upper left in the picture boxes below. The three words in the box are English words; you would read them, then select which one of the three corresponds to the picture. Then continue to the box below it. When new letters are introduced,  there is a circled number that is explained at the bottom right of the chart. 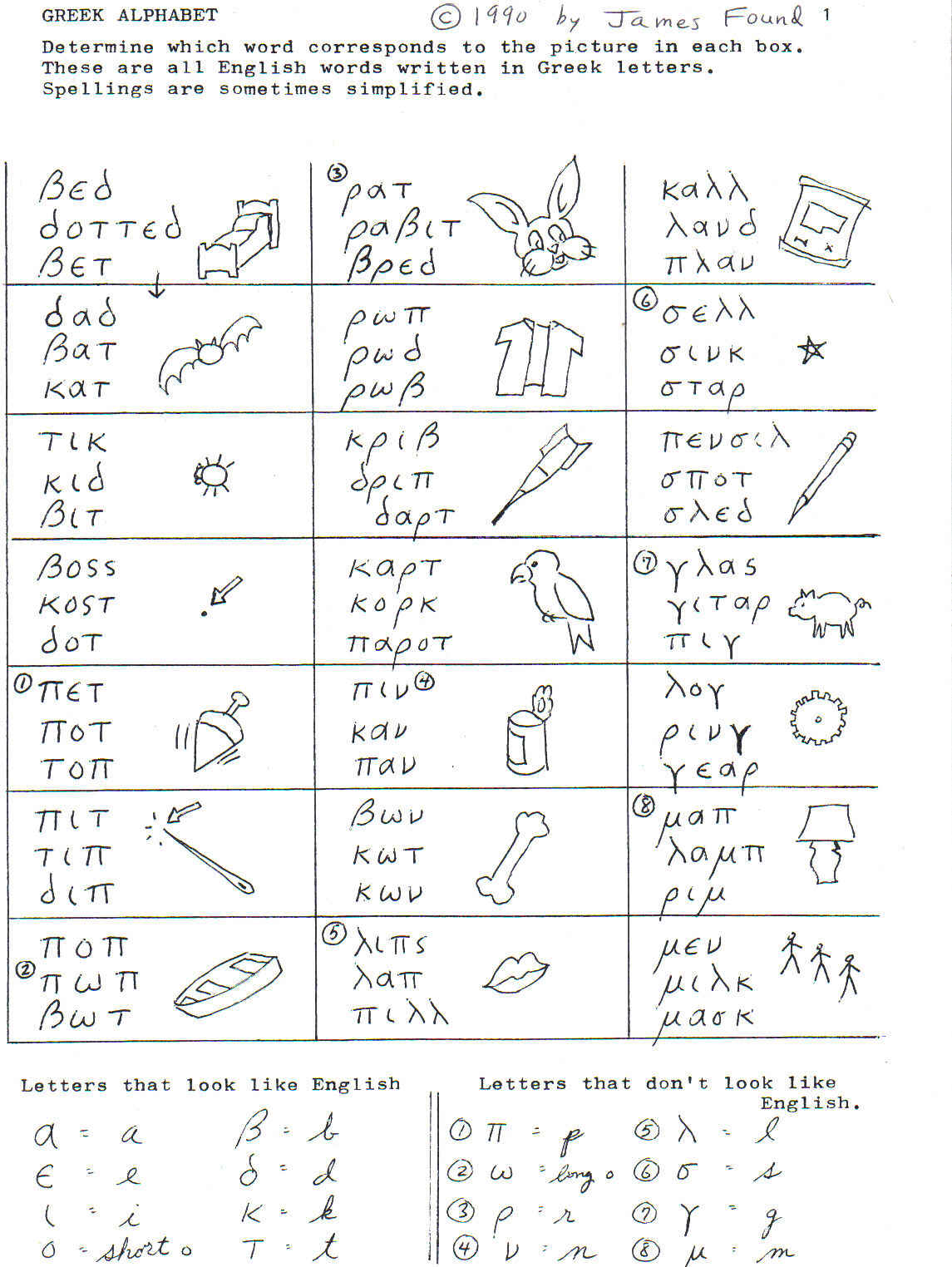 A few comments on the letters: the Greek letter for “i” does not have a dot on it. The small letter “b” looks a lot of the English capital B. The letter that looks like an “s” is only used at the end of words — otherwise the “s” sound is written as a circle with a short line coming off the top.

The pronunciation given above is commonly used when teaching the kind of Greek used in New Testament times. If you want to learn the Greek language as spoken today, you need to know that some of the letters are pronounced differently in today’s Greek. In the examples above, “g” is presented as the hard “g” used in a word like “gas,” but in today’s Greek “g” often is pronounced as a “w”. That is why the “gyro” sandwich you have probably ordered is pronounced wee-ro.  Now try reading some familiar names: 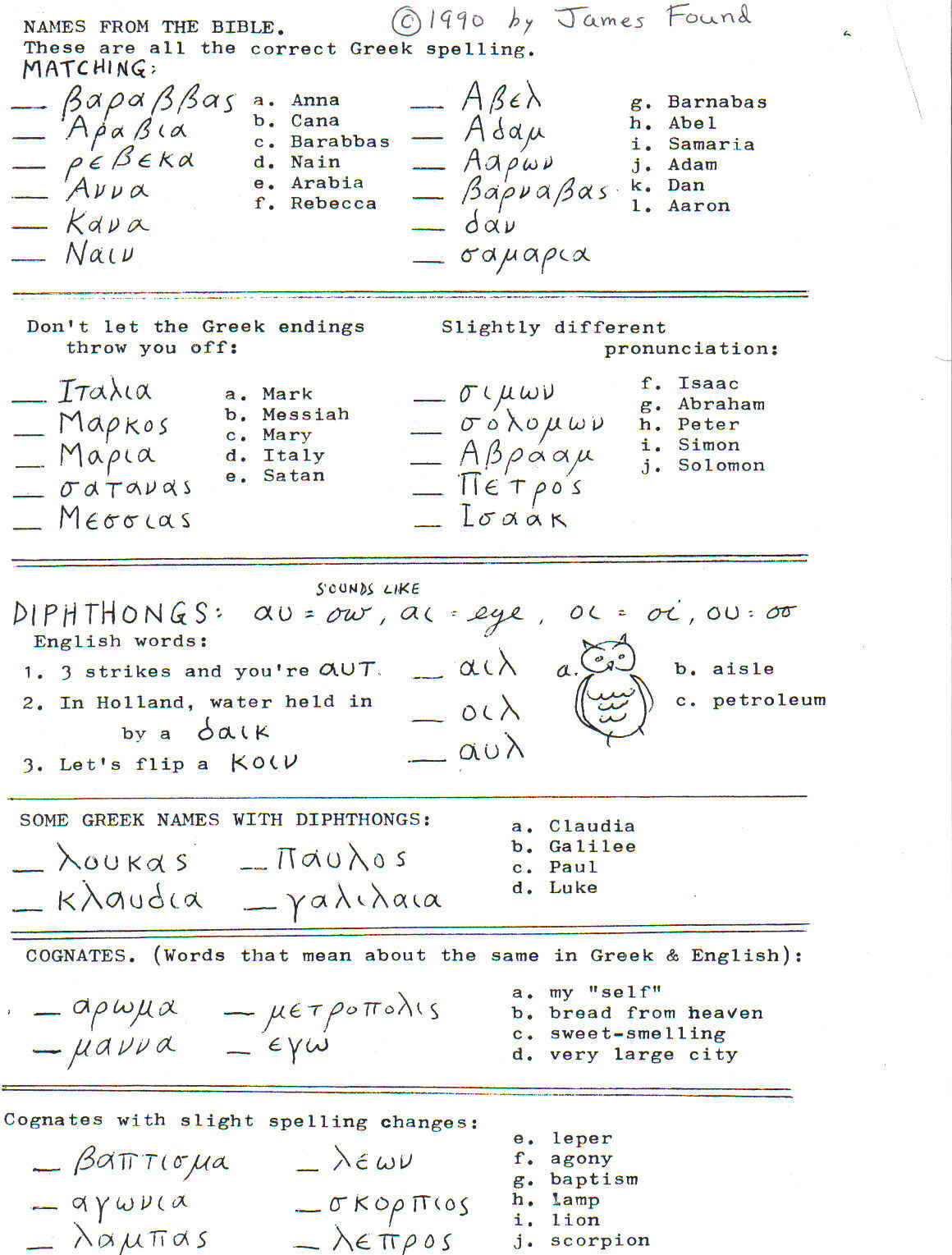 Now try reading some Bible verses. Pronounce the Greek when you come to it, and imagine what English word it stands for. You can check yourself by looking up the Bible verse.

A great star fell from heaven, burning as if it were a λαμπας. (Revelation 8:20)

To continue with this same gradual approach, consider buying the book Basic Greek in 30 Minutes a Day,by the author of this website, Jim Found. It is stocked in many Christian bookstores, and can also be bought at online bookstores. See Review.   The publisher is Bethany House, now part of Baker Books.

More about the book.

The book has five sections:

► In section one, you are gradually introduced to all the Greek letters. You read them in common words,and see them used in Bible verses.

► Section three introduces the small words that hold a sentence together, like “and” and “or.”

► Section four is made up completely of Bible word studies. Your concept of the meaning of biblical words will be enriched when you see how they are built up and how they are used as nouns, verbs, and adjectives.  Some of the words presented are: apostle, holy, righteous, and confession.

► In section five more details are given about grammar, and many tables are presented that assist you in finding the fine-points of meaning of a given word.

You will sense your growing skill in Greek because an entire Bible chapter (1 John 1) is written at the end of each section, and each time it appears you are able to read more of it.